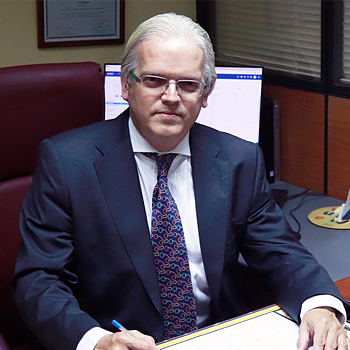 Of German nationality, he graduated in Economics by the University of Sevilla in 1996. He later specialised in the tax area through the Postgraduate studies “University Specialisation in the Spanish Tax System”, by the National University of Distance Education (UNED) in 1999.

He is a member of the college of Economists of Alicante and registered in the Register of Tax Advising Economists (REAF).

In 2018 he graduated in Communication by the UOC (Open University of Catalonia).

He has been involved in the field of tax and corporate consultancy for over 20 years and a lawyer for 10 years. He is a founding member of the FIRMALEX company, from 2003.